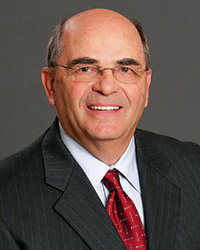 Hank Osowski, a Founding Member and Managing Partner of Strategic Health Group is an experienced health care executive and strategist who has provided leadership to commercial, Medicare and Medicaid health plans for more than three decades.

Formerly the senior vice president of corporate development for SCAN Health Plan, Hank was a key member of the senior leadership team that turned the company around from a “near death experience” into an exceptionally strong financial position and one of the largest nonprofit Medicare Advantage plans in the country. He led SCAN’s expansion into seven additional California counties and as well as its first out-of-state expansion into Arizona where Hank then served as President of SCAN Health Plan Arizona and SCAN Long Term Care. He has also led the organization’s strategic planning efforts and initiated an innovation development regimen to seek improvements in care coordination practices and future care outcome protocols.

Prior to SCAN, Hank served as a Principal in a national health care consulting organization providing a range of strategic, financial and development services for health plans, physician groups and hospitals. He also served as vice president International Operations for American Family Life Assurance Corporation where he directed the development of start-up operations in the United Kingdom, Germany and Italy, as well as the financial turnaround of the company’s Canadian operations.

Hank began his California career as a member of the senior management team responsible for the turnaround and financial survival of Blue Cross of California. In this capacity, Hank led the financial improvement of the individual and small group division and provided leadership to the organization’s strategic planning efforts.

A frequent speaker on critical issues facing the Medicare and Medicaid programs, in 2011 Hank addressed the Managed Medicaid Congress about principles for structuring effective long term care programs as well as the Medicare Market Innovations Conference about opportunities for strengthening a plan’s five star quality rating. His views on some of the challenges facing the healthcare industry were published earlier this year in “Payers and Providers.”