Dennis Eder – Co-founder and Managing Partner of Strategic Health Group, is a financial and operational executive with more than 30 years of experience with some of the nation’s leading health plans, integrated delivery systems, third party administrators and pharmaceutical manufacturers. His executive career includes: 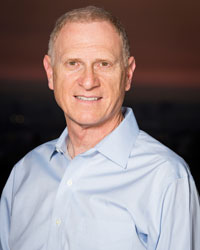 1: What has changed the most in California healthcare since the start of your career?
Dennis Eder: The thing that jumps out at me the most is the enormous number of consolidations that have occurred involving hospitals, organized physician organizations and health plans. Little by little many of the smaller independent entities have gone by the wayside and all indications point to that trend continuing for the foreseeable future. United Health Plan acquired PacifiCare, Dignity Health acquired the UniHealth America hospitals, and so on. We are in an era of not just acquisitions but consolidations, mergers and a large assortment of other creative joint ventures. We are redefining who are competitors and who are partners. And the fight for profitable market share has never been more intense.

2: What person(s) influenced your career in healthcare the most, and in what way?
Dennis Eder: Two of the people that I worked for who were the greatest influences were Eric Benveniste and Artie Southam. Eric was the CFO at HealthWest and hired me to be his “right hand man.” We had both worked for high net worth individuals early in our careers and knew how difficult that was. Eric pretty much let me do any job I wanted and he trusted me with very large financial projects at an early and impressionable stage in my career. As for Artie, he gave me the biggest break of my life—becoming CFO at CareAmerica Health Plans. This led to other great opportunities for the ensuing 20 years. I wouldn’t be doing what I do now if it weren’t for Artie.

3: What advice would you give to someone just starting an administrative career in healthcare?
Dennis Eder: I could jokingly say “don’t”. But if one wants to get into this industry, I would tell them that the most important thing is to keep learning. I also believe that understanding the economics of the business is critical to success. But I would also warn them that unlike a bygone era, it is highly unlikely that they will have much in the way of job security. As I mentioned above, consolidations are going to keep happening and with them the attendant loss of jobs.

4: What other California organization(s) involved with healthcare do you admire the most?
Dennis Eder: I admire Kaiser Permanente more than any organization in California. That organization has radically changed over the last 30 years and today is setting the benchmark for achievement of both quality and financial performance. When I first started my career, it was common for people to bad mouth Kaiser as a company that provided poor care. Now Kaiser’s quality is second to none as evidence by it being the only Medicare Advantage Plan west of the Mississippi that has a 5 Star Rating from CMS for quality and service. And it dominates virtually every market it serves in California in terms of enrollment.

5: Are there any recent projects you’re involved with that you’re excited about and would like to share?
Dennis Eder: I am very excited about some start up consulting with which we’ve been involved. Much of this has been with new types of companies entering the Medicare Advantage space. We’ve worked with a number of VC backed startups whose value proposition isn’t just that their premiums are cheaper than the other guys but that they are really trying to provide a superior member experience enabled by user-friendly technology. It speaks well for what the future of consumer-driven healthcare may look like.